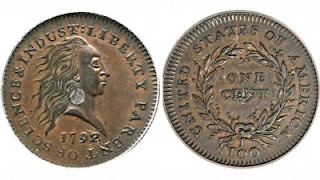 The penny is one of the first coins struck at the U.S. Mint, according to Todd Imhof of Heritage Auctions. It is one of only 14 known surviving silver-center cent pieces. It is made of copper with a small silver plug in the center.
The Silver Center pieces were an experiment made in 1792 when the newly created U.S. Mint had specific requirements for the size and weight of pennies, Imhof said. Silver was placed in the center of the coin to reach the required weight. However, it was decided that the pennies were too large and heavy for practical use so the coins were never mass-produced.
Also what makes this coin rare is that it doesn’t have the usual “In God We Trust” that are seen on pennies today. Instead, the coin says “Liberty Parent of Science & Industry.”

Said to be able to detect coins 15 3/4 inches deep
Developed and manufactured in Bulgaria the BLISSTOOL LTC64X metal detector, designed for all types of terrain. Has perfect depth and discrimination, and features high quality, easy customization and needs minimal maintenance. This makes it equally suitable for beginners and experienced searchers.

People have reported problems connecting to the Bliss Tool website in Bulgaria. Note that they appear to have established a website in the US. Follow link below 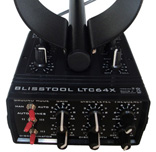 The 2013 Red Book of U.S. Coins  is available in several different formats. Shown above are the hardcover, hidden spiral, large print and standard spiral formats.

Information contained in the book not only helps individuals identify U.S. coins in their possession but also offers an estimate of their values based on condition.
Coin values are the largest portion of the book with the newest edition offering "7,045 entries in up to nine grades each with more than 32,000 valuations," according to Whitman. But that is not the only reason to obtain one of these helpful guides as it covers the gamut of American coinage.
"The 2013 edition of the Red Book covers the history of colonial and early American coins; official federal issues from half cents through silver dollars and gold coins; classic and modern commemoratives; Proof and Mint sets; error coins; Civil War tokens; pioneer (territorial) gold; every state and territorial quarter, plus the new National Park quarters; all of the presidential and Native American dollars; and more," explains Whitman Publishing about the newest Red Book release.
The 2013 hardcover version is 448 pages long as it has been expanded 16 pages. It also includes 1,974 full-color photographs, which are instrumental in coin identification.
R.S. Yeoman founded the reference book in the mid-1940. An essay in the 66th edition entitled "Coin Collecting Yesterday and Today" describes the hobby from the days of the first issue through the present.
Whitman Publishing offers the Red Book in several different formats including a large print edition and a leather-bound limited edition autographed by longtime senior editor Kenneth Bressett.

Recommend that you check http://www.amazon.com/  to get the best pricing
at 6:33 PM No comments:


An unemployed 52-year old Petersburg, Virginia, man has been sentenced to a year and a day for digging more than 18,000 civil war relics from the Petersburg National Battlefield Park. The court also fined him $7,346 in restitution for park damages.


Over at least a four year period, John Jeffrey Santo, a Pennsylvania native living with his girlfriend in Petersburg’s Virginia Walnut Hill neighborhood, almost daily took his metal detector and dog out on National Park Service property to dig battlefield artifacts, hoping to sell them for cash. Digging and selling relics became his job. His detailed journal of his illegal exploits, recovered in the July 10, 2011, search of his residence, not only served to convict him, but itemized more than 18,000 bullets, 31 cannonballs and explosive shells, 13 belt buckles, seven breastplates, and 91 buttons. Yet when authorities arrested him last summer, they found only half that number of bullets when they searched his home
http://www.examiner.com/civil-war-heritage-in-washington-dc/pillaging-petersburg-national-battlefield-park-gets-virginia-man-prison-time

In a post on the online digging forum MyTreasureSpot.com.
Titled, "Some changes at American Digger Magazine," Holcombe wrote:
After much deliberation, we have decided to drop American Digger’ Magazine’s association with Rick Savage, who until this month wrote our Savage Facts column. The parting was amicable, and we appreciate his work on his column and past promotions of the magazine. We won’t lie, our dropping his association was in great part because of the controversy his TV show has created, and the confusion that American Digger Magazine had anything more than a passing association with the Spike TV series which shares our name. Please, if you enjoy or have enjoyed American Digger Magazine in the past, continue to do so, because we will not change our format: A good digging magazine for those more concerned with historical values than market values. We wish those connected with the show well, but had to further make a distinction between the magazine and show. We hope this helps clear things up.

The bevy of supportive comments from digging enthusiasts that follow Holcombe's announcement demonstrate a dissatisfaction with how Savage and the show are portraying the digging community. Commenters' criticisms include Savage's bombastic style, his "Boom, Baby!" catchphrase and the show's emphasis on selling historical artifacts for profit.

"Putting a price on everything you find is something I taught my son long ago not to do ... The show is an insult to diggers who truly enjoy making finds just for the pleasure of the history involved," wrote Treasure Spot commenter Shenandoah Digger.

"I have watched both episodes and was deeply disappointed in the showboating and chest thumping that was going on by Mr. Savage, and only Mr. Savage. That crap belongs in the wrestling ring and not the field and that's where he should have left it ... This is the second "reality" metal detecting show that has embarrassed this hobby," a commenter posting under the handle sqzdog chimed in.

The move is only the latest example of an emerging schism between Spike's "American Digger" and the academic digging community, which has also registered its disapproval of National Geographic's "Diggers." In early March, The American Anthropological Association sent Spike TV a letter "urging [the network] to withdraw or modify the contents" of "American Digger" because it "wrongly represents archaeology as a treasure-seeking adventure, in which our collective heritage is dug up and sold for monetary gain."

In an interview with The New York Times last week, Savage responded to the group's criticisms. “I understand where the archaeologists are coming from. You’ve got two groups of people who want to be part of history, to dig it up and hold it in their hand. The only difference is I’m doing it to make a living. They’re doing it to write papers and make it to associate professor and get tenure.” 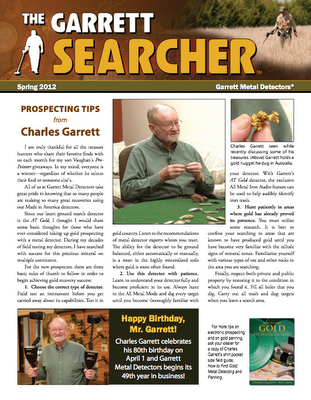