A rare colonial 1652 Massachusetts silver coin found by an East Hampton, N.Y., woman in an old potato field almost 23 years ago has been sold for more than $430,000 in Baltimore, Md.
The woman who found the coin, Lillian King, sold it in 1992 for $35,200.
The 1652 New England sixpence had been in a private collection for 21 years and was expected to sell for $100,000.
The coin was commissioned by the Massachusetts Bay Colony and is one of only eight known to exist. Other examples are owned by institutions such as the American Numismatic Society and the British Museum. 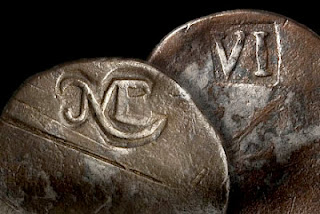