Angry at court order, man returns more than $500,000 all in Quarters 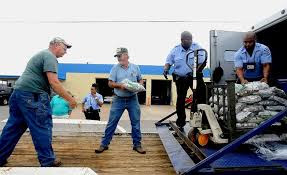 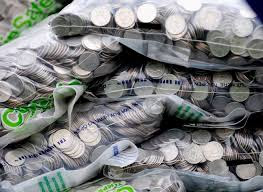 READ STORY:
http://www.theprovince.com/news/Angry+court+order+returns+more+than+coins/8737885/story.html
An Illinois businessman outraged by a court order that he return more than $500,000 in insurance money related to a 2001 wreck that killed his teenage son wanted to pay the money back in pennies in protest, only to recognize that was unfeasible.
So, Roger Herrin settled on quarters — four tons of them.
Packed in 150 transparent sacks each weighing about 50 pounds, the $150,000 in coins were nearly one-third of the money an appellate court required Herrin to pay back to resolve years-long legal feuding among the crash's survivors over how $800,000 in insurance proceeds were apportioned.
Obtained from the Federal Reserve in St. Louis, the backbreaking load of change was brought in Wednesday by an armoured vehicle and delivered on a flatbed truck to two law firms that represented other victims of the wreck.