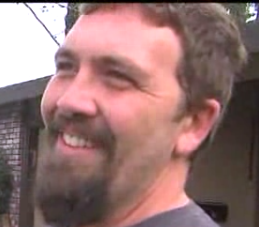 Keegan Sukup and his wife Ecco thought using a metal detector at the receding Folsom Lake in California would be a fun adventure. Instead, the Citrus Heights couple ended up with a ticket, a date in court, and the possibility of jail time.
Keegan was walking with his wife on the lake bed on Jan. 13, holding the device over his shoulder, unaware it was not allowed in the park, when he was approached by a park ranger who proceeded to write a citation.
Listed on the ticket are the words “posted order” and “posession of a metal detector.”    Keegan  appeared in court on March 4. However even the judge didn’t even have an idea what to really charge me on, other than to tell Keegan that there might be jail time with this.
He is choosing to fight the citation, and is due back in court in April with a public defender. Metal detectors are not uncommon at the lake, however, at one entrance, there is a sign reading “you are responsible to know park rules and regulations.”
And nearby, posted on a bulletin board that you can read there is a sheet of paper listing the Federal code prohibiting metal detectors.
In part, the notice reads: ”No person shall possess a metal detector or other geophysical discovery device, or use a metal detector or other geophysical discovery techniques to locate or recover subsurface objects or features on Reclamation lands.” – The Code of Federal Regulations, Title 43, Part 423, Section 423.29.
Keegan said he looked for a sign while he was out at the lake, but found no such notice.  He wishes the whole matter had been solved with a simple warning, not costly court appearances and a threat of jail time over a metal detector.
“We didn’t understand how so many people could be out there doing this,” he explained.  “And then the one time I go out there, I’m going to get a ticket for doing something that everyone else is doing.”