The Garrett newsletter is available on-line. Click on the link below to get a PDF version to browse. 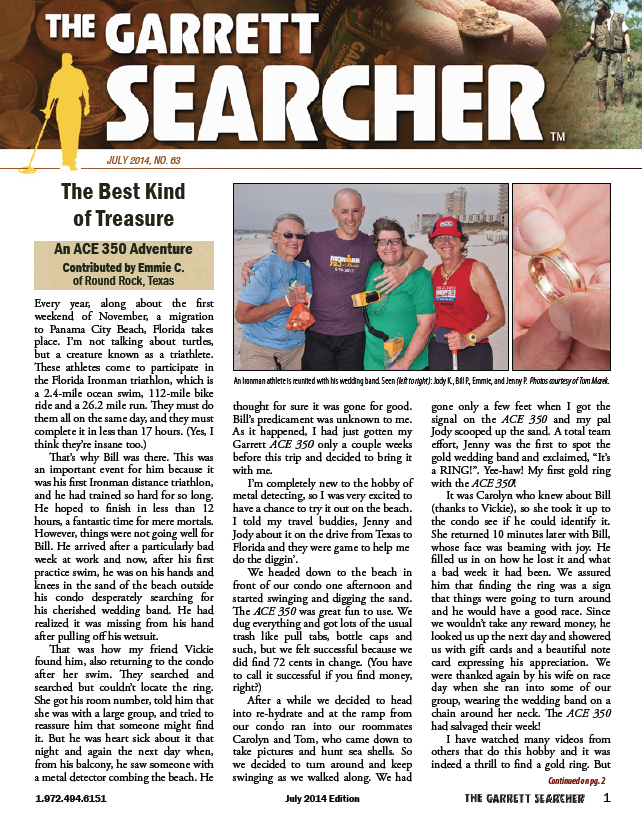 This sounds neat but is it worth the fee they charge?

here is what their web site says…

"We supply all the tools necessary to find the artifacts. Each client is supplied with a top-of-the-line metal detector and recovery tools for the hunt. Before the digging begins, clients are given the history of the site, instructions on how to use the metal detector, and proper recovery techniques. After the hunt we will identify the recovered items and provide conservation information and ideas on displaying your recoveries. Once you have recovered that lost piece of history it is yours to keep and cherish. We are open year-round depending on weather conditions and we can accommodate parties up to 12.
The relic hunter should dress appropriately for the type of terrain we will encounter. Always have closed-toe shoes, boots are preferred. Also hats, sunscreen, bug spray, water, and possibly a snack are suggested. Remember you will be in the great outdoors with mother nature so wear clothing that you don't mind getting dirty. "
http://www.addams-artifacts.net/relic-hunting-adventures.html

Written and directed by the Pirates Of The Caribbean star, Detectorists is a six-part comedy for BBC Four about two friends who share a passion for metal detecting.

The show will star Mackenzie Crook alongside The Hunger Games and Harry Potter actor Toby Jones. The duo play Andy and Lance, a pair of metal detector enthusiasts who act like an old married couple when they're together.

Producers explain: "They gripe at each other, but there is a true bond underneath. Each has their own slightly dysfunctional lives but together they dream of finding a priceless Saxon hoard that will cement their place in detecting history."

The BBC adds: "Helping them along the way is a delightfully quirky crowd of characters who are drawn to this all-absorbing hobby. Across the six episodes, greed, betrayal, rejection and finally redemption are all played out as the boys and their eccentric friends at the Danbury Metal Detecting Club search for that one big find."

Detectorists will be filmed in Suffolk, Norfolk and Essex during June and July, with Rachael Stirling (Boy Meets Girl), Aimee-Ffion Edwards (Walking And Talking) and Lucy Benjamin (Lisa Fowler in EastEnders) amongst the cast joining Crook and Jones on set.

Mackenzie Crook, himself an occasional detectorist, says: "This is my first time directing but, though it's sometimes nerve wracking, I'm confident that I have an incredible team to rely on. I have managed to gather my ideal cast. Toby, Rachel, Aimee-Ffion and Lucy are all actors I've worked with before and I know I'm in safe hands. For years British television has been screaming out for an archaeology based sitcom... hasn't it?"

Executive Producer Kristian Smith comments: "Mackenzie's scripts take us into a charming world that many of us haven't seen before. They are smart, funny and beautifully observed."

Adam Tandy, the show's producer, adds: "There is a little bit of the detectorist in everyone, whether or not they care to admit it, so it's glorious to be out in a field actually swinging equipment at last."

Detectorists will be shown on BBC Four in late 2014.

For diggers and collectors of history. An hour long program every Monday Night at 9:00 PM eastern standard time. Join your hosts Butch Holcombe and Jeff Lubbert as they explore the past. Learn more about Metal Detecting, Treasure hunting in all it's forms, and the preservation of history. Learn from our callers, and expert show guest's This is a call in show (678-439-1863) and you are encouraged to participate.

The Silver City Treasure Seekers of Taunton MA is having a treasure show on Saturday September 20, 2014. Sounds like an opportunity to take a long weekend getaway in New England.
http://www.silvercitytreasureseekers.net 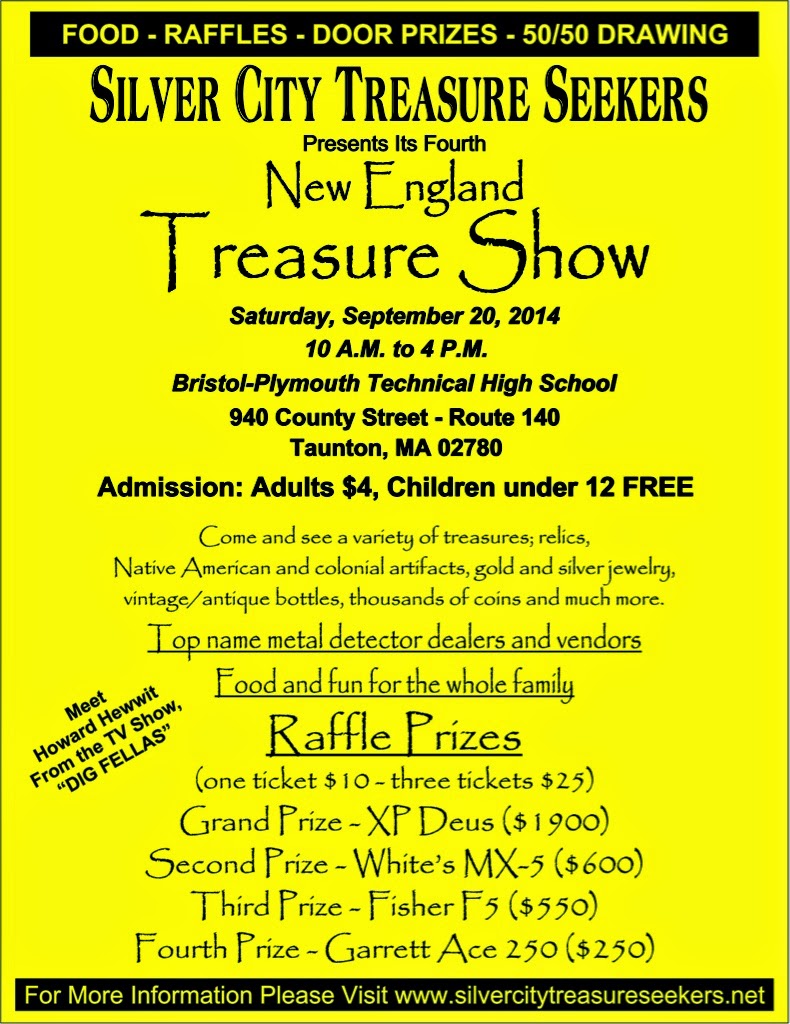 The Maryland Free-State Treasure Club is having a open beach hunt on Saturday October 11, 2014 at Sandy Point State Park, Annapolis, MD
Follow the link below to get a copy of the hunt rules and registration form. 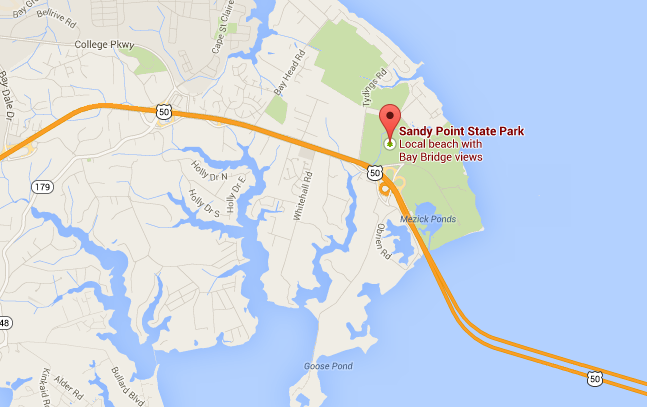 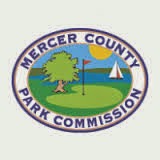 Some folks at the online "Friendly Metal Detecting Forum" have been talking about Mercer County Park regulations regarding detecting in their parks.  The point being that the regulations Do Not specifically say that metal detecting is not allowed. One member of the FMDF apparently asked someone at the Parks Dept. if metal detecting was allowed and the response was:   "We do not allow the use of metal detectors in our parks which we have over 10,000 acres."

Here is the only text from the park regulations that seems to apply to this issue.
No person shall dig or remove any dirt, stone, rock or substance whatsoever, make any excavation, quarry sand, stone or lay or set off any blast, or cause or assist in doing any of the said things within a County Park or Recreation Area

Read the discussion on the Friendly Metal Detecting Forum
http://metaldetectingforum.com/showthread.php?p=2112609