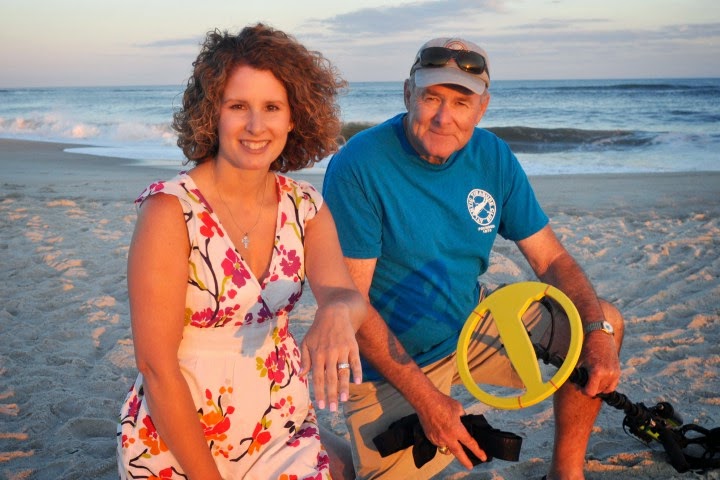 A Queens New York woman thought all hope was lost when her 1.3-carat engagement ring worth $13,600 went missing in the sands of Robert Moses State Park — and joked on Facebook that “some broke metal-detector dude” might pocket it.
She was half-right. There was a guy with a metal detector, but it was a retired city firefighter who did the right thing.
Erin Carrozzo, of Flushing, told The Post she was devastated when her “pride and joy” went missing along with her diamond-encrusted wedding band on Aug. 4, shortly after removing them to apply sunscreen at the beach. 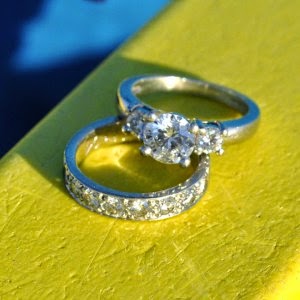 Carrozzo frantically searched the sand, but her bling was nowhere to be found. Heartbroken, she reported the rings missing and left the beach empty-handed.
But retired FDNY firefighter Mike Cogan, 66, detected the ring two days after it was lost.
“It was absolutely spectacular,” he said. “Happy as I was, I realized the poor woman who lost this had to be devastated.”
He wrote about his “find of a lifetime” on Craigslist, but no one responded. That’s when he posted a picture of the wedding band in a Facebook post Aug. 21 that was shared a few hundred times.
Eventually, a couple of Carrozzo’s Facebook friends tagged her in the post — and she ­instantly recognized the ring.
Source: NY Post  Photos: Joe DeMaria
Read the story
http://nypost.com/2014/08/30/wedding-ring-lost-on-beach-found-returned-to-heartbroken-wife/
at 4:48 PM