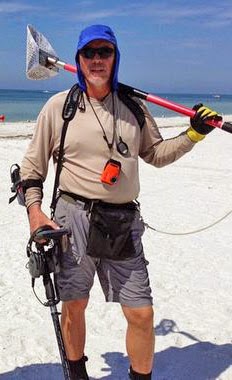 He was up to his waist in the Gulf of Mexico when his machine pinged. Recounting the moment, said he reached into the sand and brought up a curious hunk of metal. He knew right away it was a hand grenade.
"I just kind of froze for an instant," said Vogan, 61, of New Port Richey. He spotted the pin still in the explosive.
Calmly, Vogan said, he brought the grenade to the corner of a trash barrel on the beach near the Sirata Beach Resort. Then they called police.
"The fact that it didn't blow up on me when I dug it up with the scoop, I felt pretty comfortable with it," Vogan said.
Pinellas sheriff's deputies blocked off a wide swath of sand around the grenade, and summoned a bomb squad. Within about two hours, shortly after noon, authorities had secured the device and reopened the beach.
The grenade was corroded with barnacles latched to its round shell. Authorities planned to X-ray it before deciding on a next step, like detonation.
Vogan hung around until the bomb squad told him the grenade was a dud. 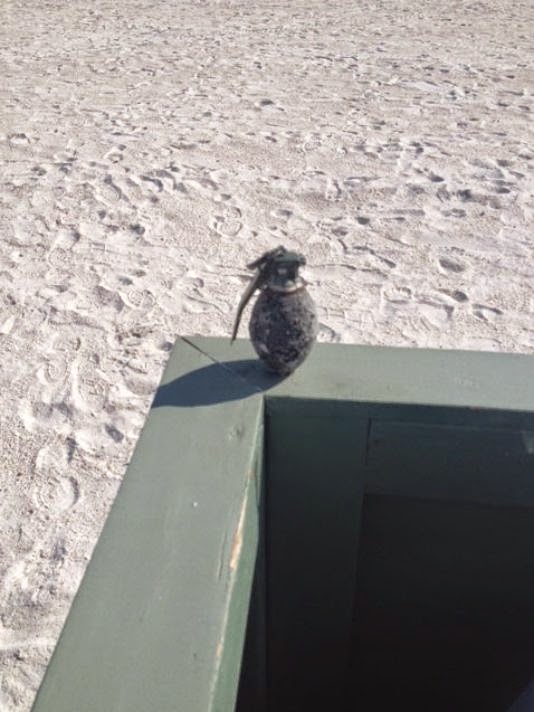