Head South For This Event

Sunshine Shootout, April 4th 2015
One of the biggest seeded hunts of the season is less than 30 days away, so if you have not booked already, now is the time to do it!The Sunshine Shootout, hosted by The Central Florida Metal Detecting Club and sponsored by Minelab and Kellyco, will take place at Moss Park, just east of the Orlando International Airport. One of the unique features of this event is the relic hunt. The club sources civil war relics from all over the country for participants to find.This is one of those hunts that people come from far and wide for the plethora of great prizes!Prizes Include:
It's got something for everybody!Early bird registration is available now at $99 but ends on March 28th!
After this date the price goes to $135.00 so register today!

Register
http://kellycoevents.com/events/third-annual-central-florida-sunshine-shoot-out/?utm_source=email&utm_medium=EventBUTTON&utm_content=SunshineShootout&utm_campaign=LEADNewsletter20150321&utm_term=Lead_BullseyeTRXGiveaway201411Lightbox
at 10:05 AM No comments:

The United States Mint held a meeting on March 18, 2015 with coin industry stakeholders as members of businesses, industries and agencies who would be affected by coin composition changes. 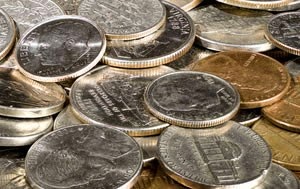 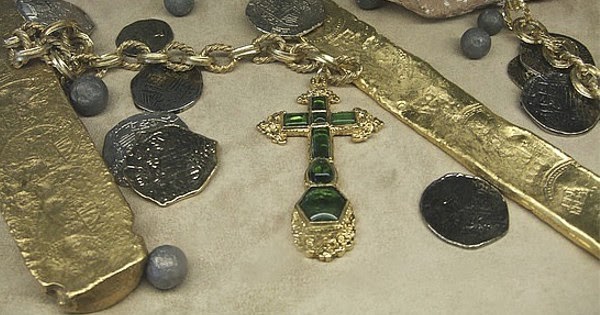 A group of Costa Rican park rangers patrolling in the Parque Nacional Isla del Coco after a recent storm have discovered one of the most amazing treasure hoards in modern history. The treasure consists of gold and silver coins and ingots, jewelry, candlesticks and religious items, and is estimated to be worth almost $200,000,000.
Cocos Island is a small island designated as a National Park, located in the Pacific Ocean, approximately 342 miles from the Pacific shore of Costa Rica. It was well known for possibly holding various legendary treasures, but its “protected area” status had forbidden treasure hunting since 1978.
A group of six rangers who were walking around the island to evaluate the damage done by a storm on the nesting colonies of migratory seabirds, when they noticed that the tide had unearthed what looked like an old wooden box or chest. The began unearthing it, only to discover that there were actually five different chests and other items, that they had been buried there for a very long time.
We were walking on the beach, and we saw something protruding from the sand” says park ranger Ignacio Ramirez. “We dug it out and found a bunch of old wooden chests. They were all filled with gold and silver! Then we dug out two incredible golden statues of the Virgin Mary, and other religious symbols. We called our bosses and said ‘we just found a treasure!’ They thought we were kidding, but we explained what we had found and they decided a team of experts.”
the treasure contains an astronomical 89,000 coins, ingots and artifacts of gold and silver.. Many religious items made of gold or silver and adorned with precious stones were among the findings, including 36 crosses, 3 chalices and two life-size solid gold statues of Mary holding the baby Jesus. 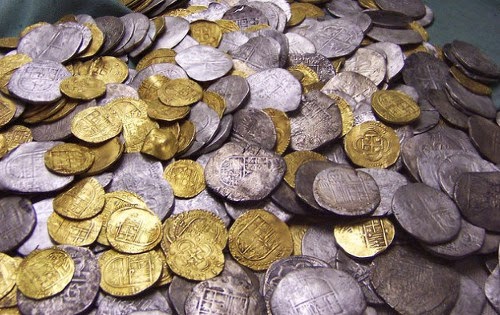 Many treasure legends have been associated with Cocos Island for centuries.  The first claim is associated with the pirate captain Bennett Graham who allegedly buried 350 tons of gold raided from Spanish galleons on the island in the 18th century. Another pirate captain, the Portugese Benito Bonito, is also supposed to have buried treasure on the island, this time in the 19th century.
Archaeologists and historians believe, however, that the discovery is actually linked to the best known of the treasure legends tied to the island: that of the treasure of Lima.
According to the legend, with the army of José de San Martín approaching Lima in 1820, Viceroy José de la Serna is supposed to have entrusted the treasure of the city to the British trader, Captain William Thompson, for safekeeping until the Spaniards could secure the country. Instead of waiting in the harbor as they were instructed, Thompson and his crew killed the Viceroy’s men and sailed to Cocos island, where they buried the treasure.
Hundreds of attempts to find treasure on the island have failed. Prussian adventurer August Gissler lived on the island for most of the period from 1889 until 1908, hunting the treasures with the small success of finding six gold coins.


Since it was discovered in a National park, the totality of the treasure is now the property of the Costa Rican government, and it should be exposed at the Museo Nacional de Costa Rica, in San José. The rangers who discovered the treasure have been promised a reward for their role in the finding, but the amount of the reward remains undisclosed.
at 6:14 PM No comments:

Australian gold prospector Michael Brown has uncovered an astonishing 87-ounce solid gold nugget during a prospecting expedition in the state of Victoria, Australia. Discovered in six inches of ground with a state-of-the-art Minelab detector, Brown’s find is estimated to be worth over $130,000 AUD based on Australia’s current gold price per ounce.

http://www.coinweek.com/coins/metal-detecting-2/australian-gold-prospector-unearths-87-ounce-gold-nugget/
at 1:21 PM No comments: