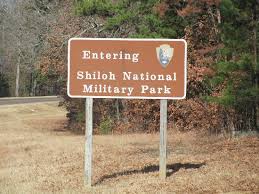 Two Tennessee men who illegally excavated Civil War artifacts from the Shiloh National Military Park and Fort McCook have been sentenced to 30 months in federal prison.

Upon their release from prison, Fagin and Tate will each serve a one year term of supervised release.

Fagin and Tate pleaded guilty in February to violating the Archaeological Resource Protection Act, with the violations taking place in eastern and western Tennessee and northern Alabama.

ARPA became law in 1979 as a way to protect against the loss and destruction of archaeological resources found on public and Indian lands that are an “irreplaceable part of the nation’s heritage.”

Prosecutors say that from September 2007 to July 2011, Fagin, Tate and others excavated Civil War-era artifacts from the bottom of Fort McCook, also known as Battle Creek, which is located on TVA property. Fagin would use scuba diving equipment, a pontoon boat and an underwater metal detector to locate the artifacts.

Specifically, Fagin, Tate and others recovered Civil War Hotchkiss shells, which are pieces of artillery used during the Civil War. Fagin and Tate did not have permits as required under the ARPA nor did they have authority from TVA or any other entity to excavate artifacts from Battle Creek.

Fagin and Tate excavated Civil War era U-rails from public lands in Bridgeport, Ala., in August 2009. The next year, the two men made a counterfeit “Sherman Bow-Tie” from the excavated Urails and sold it to an investor for the purpose of placing it in the Southern Railroad Museum in Kennesaw, Ga.

Fagin had no permit or authorization from the National Park Service to excavate artifacts from Shiloh National Military Park, court records state.