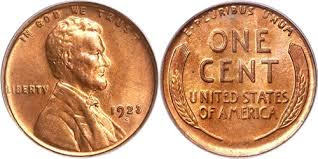 Due to how many were produced, this coin can be worth as little as $.75 or as much as $750. One of the reasons being is that this sought after coin has no mint mark. It is one of the few years where the coin was produced outside of the Philadelphia mint. 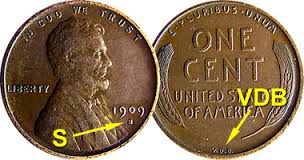 This is one of the most coveted pennies by Numismatists. The VDB-S penny comes from when the Lincoln Penny was first minted. The VDB are the artist’s initials who designed the Lincoln cent and the S comes from the coin being minted in San Francisco. Only 484,000 were minted with the artist’s initals as there was public outcry for them being removed. A coin in good condition with the VDB-S mint mark can be worth just shy of $3,000. Makes it worth checking your pennies to see if you have one of these jewels hiding in your change drawer. 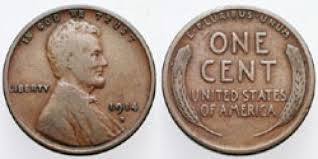 The 1914 minted out of Denver is considered a key date for the Lincoln Penny collectors. With only 1.1 million of this coin minted from the Denver Mint, this date has become a keystone to many collections as it is one of the most valuable non-error wheat pennies. One of these found in  good condition can fetch up to $4,300! Nice down payment on a house or car, if I do say so myself. 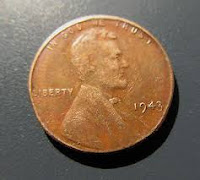 The 1943 copper wheat penny is considered one of the crown jewels of collectors. The reason being is that there are very few in existence. Due to the copper shortage during WWII most of the copper used for pennies was re-purposed towards the war effort. Any of the copper pennies that were released that year were mistakes by the mint and as such were never supposed to be in circulation to begin with. Due to this, there are numerous fakes in collecting circulations. If you do have one that is real, you could be sitting on a coin worth up to $100,000! Not to shabby for old Abe’s coin. 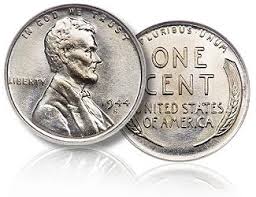 Coming in at Number 1 is the 1944 steel wheat penny. This penny that was issued during WWII was to replace the copper one during the war years. But because of the weak composition not many were made, which made this coin extremely rare. Like the 1943 copper wheat penny, this coin could be worth more than $100K!

Keepsakes returned after being lost for 4 decades

How many times have you been asked
“So what’s the most valuable thing you’ve found?” 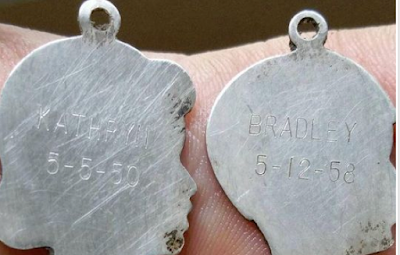 That’s one of the questions Gary Killmer hears quite often when he mentions he is a metal detectorist. He will tell them it’s a 1793 Liberty Cap Cent: The rarest U.S. penny ever made.


Other times they will ask him, “What’s the most interesting thing you’ve found?” and he tells them an 1840’s pistol, long ago lost in the woods.


Through the years, he has been wandering the countryside and have found many interesting pieces of history that were lost centuries ago. Recently, though, he found something that was lost only decades ago, and luckily, he was able to get it back into the hands of the rightful owners.


Now it is one of his most interesting finds.


He was out detecting along a stream in Poughkeepsie NY and had set off in no general direction through the woods near the shore. As he was detecting, he heard a signal that was worth checking. He started retrieval of the object and out popped a silver silhouette charm of a young girl. The name “Kathryn” and a date were engraved on the side. He thought it was an interesting find and had already started to wonder if he could ever find out who Kathryn was. He then checked the hole for anything else and out came another charm, this one was a boy silhouette engraved with “Bradley” and his birth date.


When he got home he cleaned up the charms and posted them on several metal-detecting forums and on Facebook. He invited folks to share the photo and story to see if we could find out who these two people are and get in touch with them. Some days passed and he found out that his post on Facebook had nearly a thousand shares. People love a good mystery, especially a local one.


He spent some time in the Local History section at Adriance Memorial Library in Poughkeepsie, looking at old yearbooks, trying to find Kathryn or Bradley, but came up with no matches. Meanwhile, on Facebook, close to 3,100 people had shared the photo and story of the charms.


What he thought was going to be an easy mystery to solve was becoming more difficult than he originally imagined. He turned to Google and found a website where you can search for someone by their name and birthday. He entered Bradley’s information and was amazed to see a match in Poughkeepsie! he was even more surprised to see that Bradley was actually his insurance agent, Bradley Jay Carter, of Carter MGM Insurance, who goes by the name Jay.


They had a little trouble reaching each other at first, but in the end he got a call from Jay’s wife, Kathy. He told her the interesting story about how he had discovered the charms. A week later he stopped by Jay’s office and presented the charms to both him and his mother Barbara. Barbara said the charms were actually her mother’s. Kathryn was Jay’s cousin who lived out of state. He learned that near where he found the charms, Barbara had taken Jay to learn to swim some time before 1974. One of those times Barbara must have brought her mother along and had lost the charms with her grandchildren’s names on them. Unfortunately, Kathryn has since passed away, which perhaps makes the charms more sentimental to the Carter family ,who enjoy doing genealogical research.


The story of returning these charms to the Carter family after being lost over four decades ago is something he won’t ever forget.
Source: Poughkeepsie Journal