The shiny object was just sitting there in the grass, waiting to be found. It was a 2,000-year-old gold coin with the face of a Roman emperor, so rare that only one other such coin is known to exist. 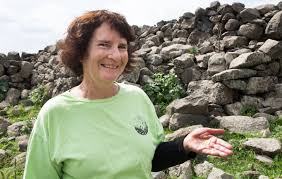 Laurie Rimon discovered the gold coin while hiking in eastern Galilee recently, not far from the biblical site where it's written that Jesus walked on water and performed the miracle of the multiplication of the fish and bread. Rimon, from a kibbutz in northern Israel, turned it over to the Israel Antiquities Authority.
"It was not easy parting with the coin," she said. "After all, it is not every day one discovers such an amazing object, but I hope I will see it displayed in a museum in the near future."
The coin shows the face of Emperor Augustus, Caesar's heir and the founder of the Roman Empire. Augustus ruled from 27 BC to AD 14, during the time of Jesus. In AD 107, Emperor Trajan minted a series of coins to honor the Roman emperors who came before him, according to Donald Ariel, head curator of the coin department at the Israel Antiquities Authority. This gold coin was created as a tribute to the reign of Augustus. It refers to him as "Divus Augustus," or Augustus the Divine, who Ariel says was considered a deity after his death.
The coin would have been too valuable for everyday use, like using a $100 bill to buy a pack of chewing gum. Common merchants in the Roman province probably would not have had change for such a high-value coin, Ariel said. It may have been part of a payment to a Roman soldier, Ariel hypothesized, perhaps stationed in the area to suppress the Bar Kochva revolt, a Jewish action against the Romans. The revolt had sympathizers near Galilee, said Ariel, and the soldiers may have been there to maintain order.

Remember to put this on your calendar! 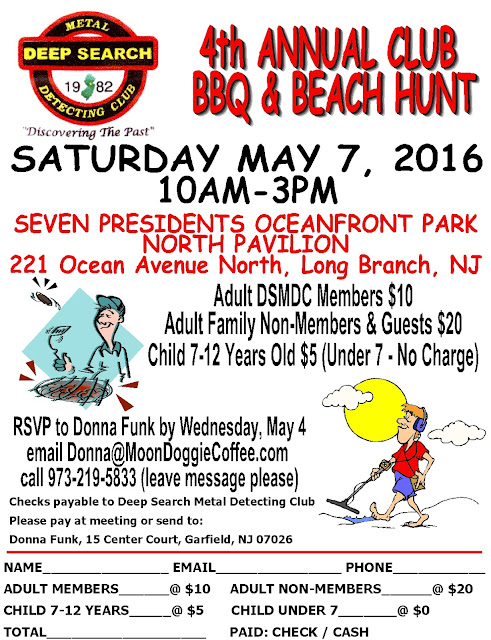 Great Day For Our Spring Bunny Hunt in Holmdel Park 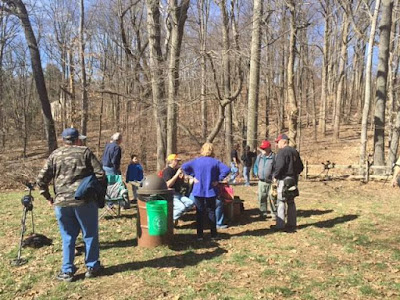 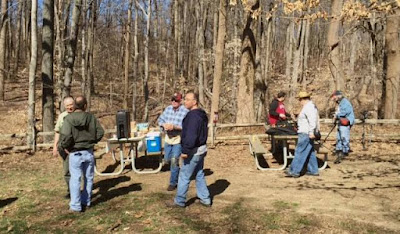 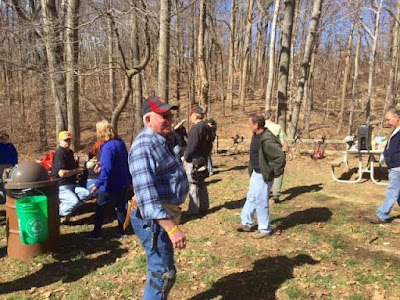 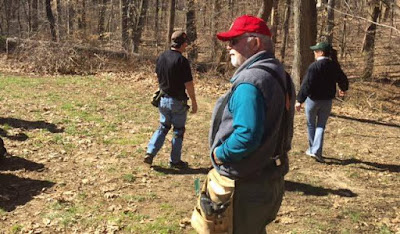 The ECRDA's seventh annual open-to-the-public beach hunt, the Magnificent Seventh, will welcome hundreds of THers to family-friendly Ocean City NJ. Your registration includes two adult hunts each day and lunch both days.
❉ Hunts
We'll host two adult hunts each day, as well as a Kids Hunt on Saturday, and an optional Gold Hunt on Sunday. Registration is limited to 180 attendees, not including kids.
❉ Prizes
As always, we'll be awarding lots of great prizes including a Minelab Excaliber & a Whites V-3i top-of-the-line metal detectors, additional detectors, silver and gold coins (including Reales!), and much more. And there are several additional contests throughout each day!

❉ Gold Hunt (optional)
Our special Gold Hunt takes place on Sunday (time to be announced). Cost is $20; you can sign up for it on either day. We will award one prize for every 5 hunters registered! Prizes include 1/2-gram and 1-gram gold bars, 2-peso coins, and a 1/10 oz American Gold Eagle coin!

Ocean City Music Pier  825 Boardwalk  Ocean City, NJ 08226
❉ Kids Hunt
As we do every year, we'll be hosting a huge Kids Hunt for budding treasure hunters age 13 and younger. We invite and encourage everyone to spread the word to kids' clubs and associations; it's a great way to introduce them to our fascinating hobby. All participating kids will win prizes, and are entered into a special contest for age-appropriate prizes... including metal detectors.

As always, we need volunteers to assist with the Kids Hunt on Saturday. If you're interested in assisting them in the hunt, you can mark the appropriate box on your registration form, or you can sign up at the event -- and you'll will be entered in an exclusive contest for a gold coin for your efforts. We anticipate a great turnout, and we look forward to having you join us.

What you need to know before you go!