Man forced to return penny worth millions to U.S. Mint 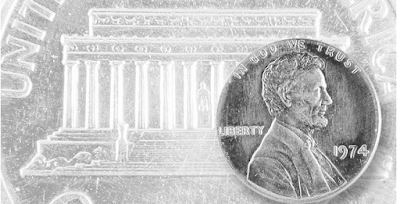 A lucky penny, that turned out to be so rare it was actually worth millions, is now worthless.
Randall Lawrence, who had owned a rare coin for 35 years, was forced to return the valuable coin to the U.S. government.
It all started back in 2013, when Lawrence, who had recently moved to San Diego, went to the La Jolla Coin Shop with a baggie filled with coins that was given to him when his father died.
In that collection of coins was an aluminum 1974 penny. The penny was certified, authenticated and expected to sell at auction for millions.
But before Lawrence could sell the penny, the U.S. government stepped in.
They reached out to Lawrence in a stern letter asking for the coin back. According to the Department of Treasury that coin is government property.
Lawrence's father Harry worked at the Denver U.S. Mint for twenty years. He believes that back in 1974 one of his father's co-workers may have made the coin as a joke. Whatever the origin of the coin, the secrets died with Lawrence's father.
So the penny will not be sold at auction. Lawrence is giving the penny back to the government to be put on display for the public.