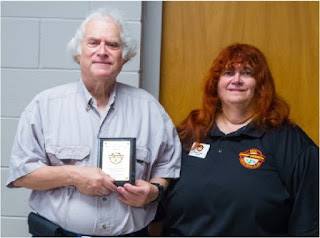 Deep Search Club President Donna Funk
presents the 2017 MaryAnn Billings Award for 'Deep Searcher of the Year' to Alan Richter.
Alan was recognized for his special contributions to our organization, acting as club photographer shooting, editing and cataloging hundreds of photos from our  various hunts. 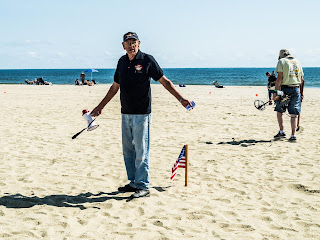 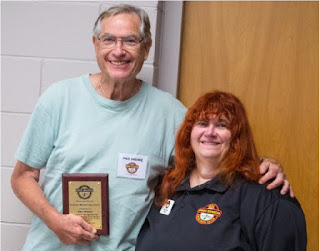 
Congratulations to all our award winners. 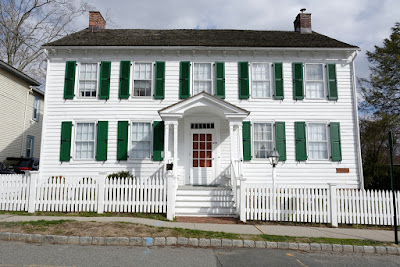 Over this past year some Deep Search members  had an opportunity to do some volunteer work for a group from the DAR in Morristown NJ.
Mitchell Speert Deep Search Metal Detecting Club 2nd Vice President gives us a overview of the work done at the Shuyler-Hamilton House

Jim Barnett and I presented findings to the Morristown chapter of the Daughters of the American Revolution (DAR) during their monthly meeting at the Shuyler-Hamilton House - where Alexander Hamilton first met and wooed his future wife Betsy Schuyler during the summer of 1779.These items were uncovered during an investigation of the property last July.
I had been doing some volunteer yard work at the property last spring when the topic of artifacts came up (they have some AMAZING items from the home's history).  When they learned that I was a member of Deep Search they invited me to investigate the property.  Most of the original 3 acres had been sold off in the 1800's, leaving less than 0.2-acres.  The house itself was moved back then to what had been the rear garden (a gas station sits where the house originally did), so we weren't sure what we'd find.

I brought in Jim and club members Joe Jorgensen, Tim Reno, Bob Funk, and Steve Ciriaco partly because of their individual expertise and partly because a few of them also belonging to BRAVO (Battlefield Restoration Archaeological Volunteer Organization) which the DAR really appreciated me doing.  The ladies at the meeting absolutely loved Jim's stories about some of the more memorable BRAVO digs.

It wasn't until the DAR finally had an opening in their calendar to fit me and Jim in that we could finally present the items.  A full list of items is in the attached.  All items have been donated directly to the Chapter for their archives and possible display in the future. 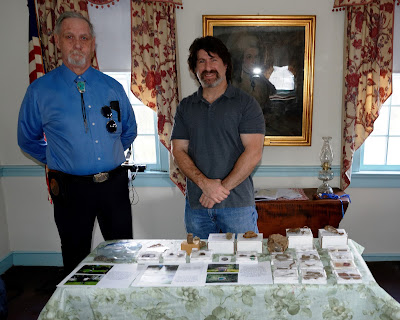 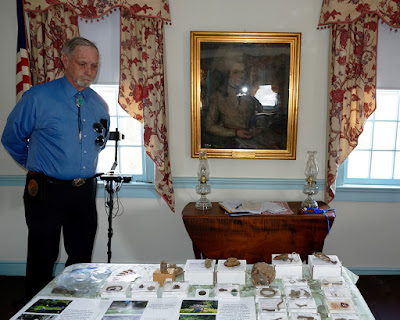 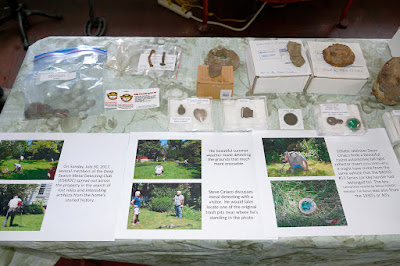 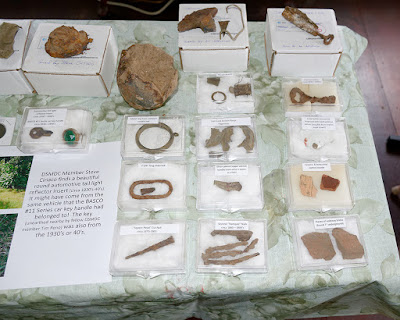 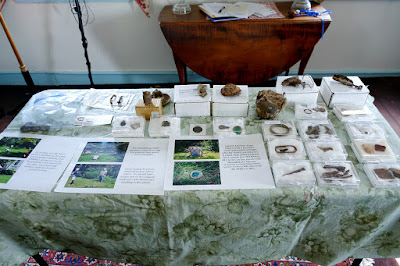 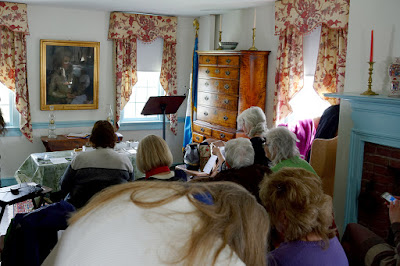